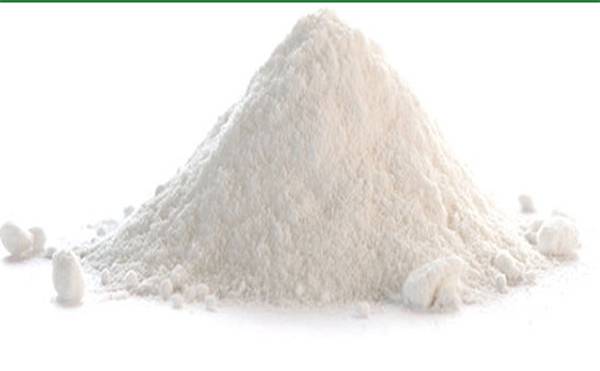 In this article from Naturesupplies, we answer the most common questions surrounding D-mannose including where this simple sugar comes from and who it is suitable for.

The popular supplement, D-mannose, is used by many people throughout the world. But there are still plenty of things you might not know about D-mannose, such as its origins, what it is used for and how it works. This article answers all of these questions and more.

D-mannose is also available in the form of supplements including capsules and powders. These supplements are suitable for people of all ages and are often used by those suffering from Urinary Tract Infections (UTI’s).

D-mannose is a type of sugar which is closely related to glucose. It is a simple sugar which means it contains just one molecule of sugar making it a monosaccharide. This natural sugar is white in colour and has a powder-like consistency. Many people use D-mannose as a health supplement on a regular basis. It also has a sweet taste. As we have already mentioned, D-mannose occurs naturally in certain varieties of fruit and vegetables and is also produced, in extremely small quantities, by our bodies.

D-mannose has proven to be a safe supplement for people who have taken it. As with any dietary supplement, it is always recommended that you stick to the recommended dosage and consult your doctor beforehand. D-mannose has proven suitable for long term use, particularly as an alternative to antibiotics and among those who have resistance to antibiotics. The vast majority of people who have taken D-mannose on a regular basis have reported no side effects. Among the few side effects which have been reported after taking D-mannose include bloating, diarrhoea and loose stools.

People of all ages, from babies and children to the elderly, can take D-mannose. D-mannose is even suitable for domestic pets, including dogs and cats. With so many supplements available, including capsules, tablets and powders, it is easy to find the option which is best suited to you. It is recommended, however, that you speak to your doctor or qualified healthcare provider prior to taking any new supplements including D-mannose.

Yes, D-mannose is a natural sugar found in fruits and vegetables. D-mannose supplements from reputable brands like Naturesupplies is 100% pure and contains no genetically modified organisms (GMO’s). Naturesupplies’ D-mannose does not contain any bulk ingredients either and is therefore the purest product of its kind on the market.

D-mannose is primarily used by people with Urinary Tract Infections (UTI’s) and more specifically, a type of UTI known as cystitis. Cystitis affects the bladder and is also known as a bladder infection or water infection. Cystitis is primarily caused by E. coli bacteria entering the bladder via the urethra. Many people have reported that D-mannose can be used to relive symptoms of cystitis which include needing to pee more frequently and pain and a burning sensation whilst peeing. D-mannose is also used by those who suffer from cystitis on a regular basis and taken long-term to hopefully prevent the infections in the future. Antibiotics are also used for bladder infections but as a result of antibiotic resistance, many people see D-mannose as a safe natural alternative and also a supplement to be taken alongside antibiotics too.

More women take D-mannose than men for the simple reason that more women than men suffer from cystitis. The reason for this is because the female urethra is closer to the anus and is also shorter, making it easier for bacteria like E. coli to enter the urinary tract. Cystitis can be caused by having sex and this is also often referred to as honeymoon cystitis. To prevent cystitis, urination just after sex and wiping from front to back after going to the toilet is recommended.

Different factors can determine how long D-mannose takes to work and these can include the severity of the symptoms. Many people who have used D-mannose after noticing symptoms of cystitis have reported that the symptoms have started to subside after as little as 2-3 days. Taking D-mannose for up to 14 days after getting cystitis common among many women.

There has been some research into how D-mannose works within the Urinary Tract in order to eradicate harmful bacteria and therefore get rid of the infection. Although there is no conclusive proof for this, the most likely explanation is that D-mannose helps to prevent the bacteria from latching on to cells, multiplying and causing the infection. It is thought that the harmful bacteria is then removed from the Urinary Tract, along with the D-mannose during urination. 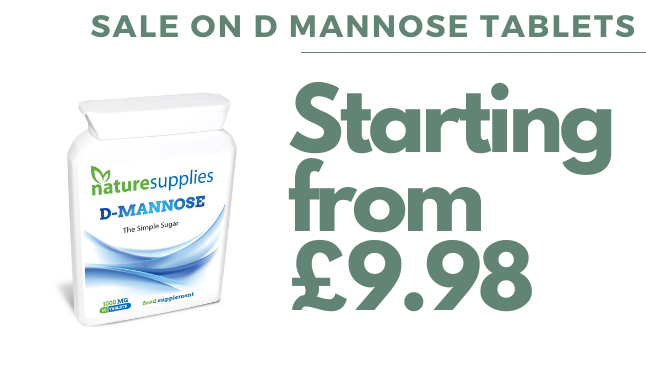